Homeowners today have a wide range of options when deciding whether to invest in a new roof. Traditional shingles are no longer a requirement. Instead, think about getting a metal roof, preferably a standing seam metal roof. This is fast emerging as one of the safest and wisest roofing options for Minneapolis, Minnesota households.

Fasteners are not visible on standing seam metal roofs. Concealed fasteners are used to attach these. They have legs that are either vertical or trapezoidal with a flat space in between. Like many metal roofs, these are quite strong and protective, but they are also lovely and offer a lot of aesthetic advantages to the building.

In order to prevent fasteners from being exposed to the environment, the fastener system was created. This often enhances the appearance of the roof while also reducing damage and early wear and tear. In contrast, weather-exposed fasteners eventually break down.

Instead, standing seam metal roofs provide property owners with a number of advantages, such as:

Standing seam metal roofs come in a variety of styles. Included in this are several that have a snap-lock panel and are clipped to the roof deck. This specific kind increases the thermal movement within the roofing panels, which helps to flow air to keep the building cool. A mechanically seamed panel is another form; these are held in place by clips that are crimped together.

Your goals, your budget, and the state of your roof will usually all play a role in the type that is chosen. The intersection of these seams is where the disparities exist.

Since they are less expensive, corrugated metal roofs are still widely available. Many people utilize them for different purposes even though they might not be as aesthetically pleasing as standing seam roofs for homes. Overall, they reflect the sun and heat well, are nevertheless sturdy, and last a lot longer than conventional asphalt roofing.

The layout of the fasteners is a significant distinction between the two. Exposed fasteners can be seen on corrugated metal roofing. To improve the overall toughness of these fasteners, certain treatments might be applied. Why Would You Choose a Standing Seam Metal Roof Over a Traditional Shingle Roof? Despite the absence of visible fasteners, these are not as effective as standing seam roofs.

Many homeowners in Minnesota have chosen standing seam roofs when replacing their older roofs. The days of corrugated metal roofs, which are now more frequently seen on outbuildings and sheds, as the only option in metal roofing, are long gone. Take into account a few standing seam metal roof advantages and why they can be suitable for your requirements.

One of the longest lifespans in the roofing business is that of standing seam metal roofs. Some roofs could live up to 75 years or more. In most circumstances, this implies that you will only need to replace the roof once in your lifetime. Contrarily, many asphalt shingle roofs last for 20 to 30 years without any major storms.

Metal standing seam roofs are made from a higher quality metal:

Standing seam metal roofs are made of a higher-quality metal than conventional metal roofs, with a gauge that is larger. The overall toughness of the roof is greatly increased by the additional thickness. In addition to being much more durable than conventional roofing structures, the stronger gauge of metal makes it. Standing seam roofs are less susceptible to hail damage than corrugated roofs, making them more aesthetically pleasing. Because of this, they can last longer and maintain their attractive looks.

One major advantage of these roofs is the absence of exposed fasteners. There is almost little risk that the roof will leak if there are no exposed fasteners. Fastener holes produce possible leak-prone regions in different types of metal roofing.

Over their lifetime, standing seam roofs require relatively little upkeep. Unless they sustain severe damage, like being crushed by a large tree branch, they normally do not need any kind of repairs.

Standing seam metal roofs can be attractive, in contrast to corrugated metal roofs, which don’t have a reputation for being attractive. In general, they can be fully customized and are often offered in a variety of colors and styles. Many people may find them to be a great selection for their profile options.

These roofs are excellent in deflecting UV rays. This implies that throughout the summer they can aid in keeping the house cooler. That could aid in lowering energy costs.

Standing seam metal roofs are a great option for Minneapolis homeowners, they can handle snow, heat, any type of Minneapolis weather.

Why are metal standing seam roofs a good option for Minneapolis roofs? 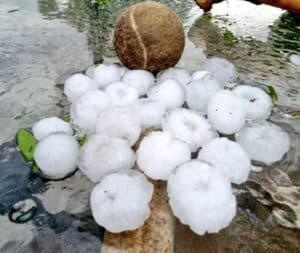 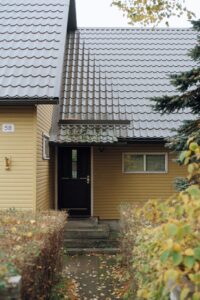 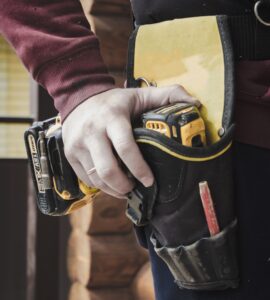 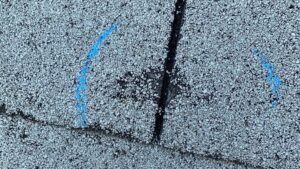